Egypt’s Liberals Have a Weak Hand – and They Know It. By Walter Russell Mead.

Egypt’s Liberals Have a Weak Hand – and They Know It. By Walter Russell Mead. Via Meadia, February 22, 2013.

When an opposition thinks it can win an election, it normally demands early ones. That opponents of Egypt’s Muslim Brotherhood are angry about the prospect of an election just a few weeks from now tells us exactly what they think about their popularity in Egypt.

Many things are happening in Egypt, not least of which is a general economic meltdown that threatens to wreck all plans for parliamentary governance. But one of the key factors shaping the country right now is a disconnect between Egypt’s elite and its ordinary citizens. The country’s relatively sophisticated, cosmopolitan, urban, upper middle class wants modern, democratic government, but the majority of Egyptians are not part of this class and have different priorities. Historically this was the situation in France in 1848, and we see it today in places like Thailand. The name “Napoleon” alone won French rural support for Louis-Napoleon; in Egypt the label “Islam” is good enough for many voters.

It’s difficult if not impossible to resolve this kind of division without some kind of authoritarian rule. Either the urban middle class imposes its agenda on the countryside or vice versa. It’s not clear yet which will happen in Egypt, but the opposition’s panicky reaction to new elections does not speak well of their prospects.

For the last few months, conservative critics of the Obama administration’s foreign policy have obsessed about its failure in Libya. The fiasco in Benghazi that took the lives of four Americans including our ambassador deserved more media scrutiny and Republicans are right to continue to demand answers about it. But the unfolding disaster next door in Egypt is a far greater indication of the way the president has blundered abroad than even that tragic episode. Obama’s decision to force the Egyptian military to accept a Muslim Brotherhood government in Cairo and Washington’s subsequent embrace of Mohamed Morsi’s regime has materially aided the descent of the most populous Arab country into the grip of an Islamist party. The Brotherhood regime is determined to extinguish any hope of liberalization in Egypt and its drive to seize total power there is a direct threat to regional stability and Middle East peace.

Rather than using the leverage that the more than $1 billion in U.S. aid to Egypt gives it, the administration has loyally stuck to Morsi despite his seizing of powers that are comparable to those of deposed dictator Hosni Mubarak and his efforts to violently repress the widespread dissatisfaction with his government. There is no sign that anyone in the State Department or the White House realizes that the U.S. bet on the Brotherhood is a disaster, but yesterday’s column by one of the leading peddlers of conventional wisdom on foreign policy ought to concern Morsi. If the Islamists have lost Thomas Friedman, then there is at least a little hope that their campaign to swindle American liberals into backing them is going to eventually crash.

In yesterday’s New York Times, Friedman did something we haven’t seen much of in that newspaper: tell the truth about the Brotherhood’s intentions and its ideological drive to transform Egypt. While the paper’s news pages and fellow columnists like Nicholas Kristof have bought into the baloney the Brotherhood has served up to foreign journalists about their moderation and desire for democracy and progress, Friedman made it clear that their tyrannical impulse is no aberration. Even more important, he made it clear that the Obama administration’s apparent belief that they can reinvent the modus vivendi that formally existed between the U.S. and Mubarak with Morsi is a terrible mistake.

As Friedman notes, the Brotherhood has prioritized the cleansing of non-Islamist aspects of Egyptian culture over its supposed hope to reboot the economy. The banning of the Belly Dancing Channel on Egyptian TV made for a comic lede for Friedman’s column, but it is no joke, as it illustrates Morsi’s desire to turn a multi-faceted society into another Iran.

Yet as right as Friedman is about the current situation, his advice about the Brotherhood having to change or fail misses the point about a movement that has no intention of ever allowing power to slip from its hands. Friedman is right that the Brotherhood’s version of political Islam will sink Egypt into poverty. The problem is that they are no more willing or capable of becoming more democratic or open-minded about non-Islamist culture than they are of ever accepting peace with Israel.

Friedman praises what he claims is an Obama administration decision to convey their concerns about the direction of Egypt privately rather than publicly. He also supports an apparent decision to invite Morsi to Washington for a visit where he can try to charm the U.S. into keeping the flow of American taxpayer dollars into his government’s coffers.

But the more time the U.S. takes in conveying the message that it will not back an Egyptian government intent on an Islamist kulturkampf, the less chance there will be that it can influence events in Cairo. We already know what a bad bet Obama has made in backing Morsi and the Brotherhood. It may already be too late to reverse the damage that was done by the president’s feckless embrace of the Islamists. If, as Friedman acknowledges, the direction the Brotherhood is taking Egypt, and by extension the region, is one that can lead to chaos, tyranny and violence, an American decision to cut Morsi off can’t come too soon.

Obama: Republicans’ Refusal to Raise Taxes on the Wealthy Is What “Binds Their Party Together.”

Obama: Republicans’ Refusal to Raise Taxes on the Wealthy Is What “Binds Their Party Together.” By Susan Jones. CNSNews.com, February 22, 2013. Video here.

Obama To Al Sharpton: View That “Nothing Is Important Enough” To Raise Taxes Is What “Binds” GOP. By Meenal Vamburkar. Mediaite, February 22, 2013. With complete audio.

Mark Levin blasts Obama for smearing American people, and GOP for throwing in with Obama. The Right Scoop, February 21, 2013.

My sense is that their basic view is nothing is important enough to raise taxes on wealthy individuals or corporations. And they would prefer to see these kinds of cuts that could slow down our recovery over closing tax loopholes, and that’s the thing that binds their party together at this point.

This is our president talking about us – all Republicans. We only care about the rich. We are motivated only by a selfish, base desire to protect ourselves from paying our “fair share,” “millionaires and billionaires” that we all are.  Our selfishness is what binds us together.

We’ve gotten so used to being demonized in this way, we’re numb to it – it barely causes raised eyebrows anymore. But I still remember how shocking it was in 2009 to see the President of the United States behaving like a rabble-rousing community organizer – writ large – gleefully pitting Americans against each other.

It took this epic rant from Mark Levin to make me notice that, yeah, Obama was attacking us, again, and wow – how galling of him to use this class warfare argument in light of the fact that he and Michelle are the ones constantly running off to West Palm Beach, Hawaii, Aspen, Martha’s Vineyard, etc.

Where’s the Republican leadership? Why do they let him get away with that? Marco Rubio touched on Obama's tendency to impugn the motives of his adversaries in his response to the SOTU. That was for me, the best part of his speech because it was a stake in the heart of Obama’s favorite Alinsky tactic. No wonder all libs wanted to talk about afterward was Rubio’s drink of water.

Republicans need to be calling Obama out on that every time he does it, and honestly explaining to the American people the dire straits we’re in, instead of cowering in fear and worrying about who gets the blame.

Posted by Michael Kaplan at 2:32 PM

Letter to Parents Worried About Their Daughter Becoming a “Leftover Woman.” By Joy Chen. The Huffington Post, March 4, 2013. Also at Global Rencai.

“Yellow fever” fetish: Why do so many white men want to date a Chinese woman? By Yuan Ren. The Telegraph, July 1, 2014. 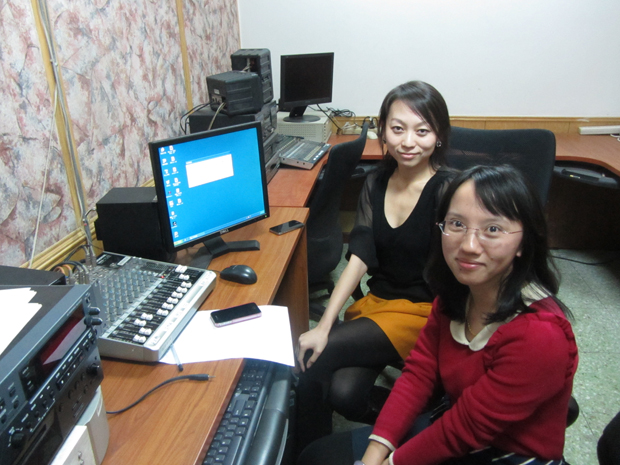 Who are you calling “leftover?” Huang Yuanyuan (front) and her colleague Wang Tingting.

A sharp, visually powerful statement of the Jacksonian concept of liberty.

“A lot of these people … all they’ve got is their hunting and their fishing.”

“Or they’ve been listening to this stuff for so long that they believe it all.”

And we all remember Barack Obama’s 2008 comments to a room of San Francisco elites:

“It’s not surprising then they get bitter, they cling to guns or religion.”

The arrogance of their superiority requires this reminder:

They don’t rule us.

They don’t give us rights. We grant them power.

They don’t make us safe. We pay to protect them.

And as long as we have the Second Amendment, we always will be.

We are America and our politicians are only as powerful as we, the people allow them to be.