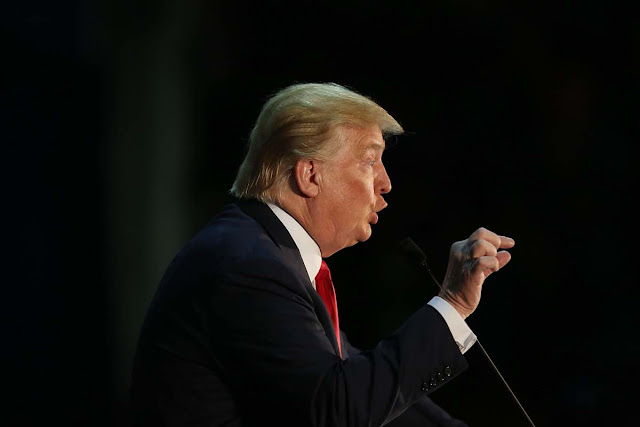 The biggest story in America today is the roaring return of Andrew Jackson’s spirit into the political debate.

Not since he fought with Nicholas Biddle over the future of the Bank of the United States has Andrew Jackson been this controversial or this central in American political life. Jacksonian populism, the sense of honor-driven egalitarianism and fiery nationalism that drove American politics for many years, has never been hated and reviled as often as it is today, and many American academics and intellectuals (to say nothing of Hollywood icons) are close to demanding that Jacksonian sentiment be redefined as a hate crime.

For President Barack Obama and his political allies in particular, Jacksonian America is the father of all evils. Jacksonians are who the then Senator had in mind when, in the campaign of 2008, he spoke of the “bitter clingers” holding on to their guns and their Bibles. They are the source of the foreign policy instincts he most deplores, supporting Israel almost reflexively, demanding overwhelming response to terror attacks, agitating for tight immigration controls, resisting diplomacy with Iran and North Korea, supporting Guantanamo, cynical about the UN, skeptical of climate change, and willing to use “enhanced interrogation” against terrorists in arms against the United States.

He hates their instincts at home, too. It is Jacksonians who, as I wrote in Special Providence back in 2001, see the Second Amendment as the foundation of and security for American freedom. It is Jacksonians who most resent illegal immigration, don’t want to subsidize the urban poor, support aggressive policing and long prison sentences for violent offenders and who are the slowest to “evolve” on issues like gay marriage and transgender rights.

The hate and the disdain don’t spring from anything as trivial as pique. Historically, Jacksonian America has been the enemy of many of what President Obama, rightly, sees as some of America’s most important advances. Jacksonian sentiment embraces a concept of the United States as a folk community and, over time, that folk community was generally construed as whites only. Lynch law and Jim Crow were manifestations of Jacksonian communalism, and there are few examples of race, religious or ethnic prejudice in which Jacksonian America hasn’t indulged. Jacksonians have come a long way on race, but they will never move far enough and fast enough for liberal opinion; liberals are moving too, and are becoming angrier and more exacting regardless of Jacksonian progress.

Just as bad, in the view of the President and his allies, Jacksonians don’t have much respect for the educated and the credentialed. Like William F. Buckley, they would rather be governed by the first 100 names in the phonebook than by the Harvard faculty. They loathe the interfering busybodies of the progressive state, believe that government (except for the police and the military) is a necessary evil, think most “experts” and university professors are no smarter or wiser than other people, and feel only contempt for the gender theorists and the social justice warriors of the contemporary classroom. 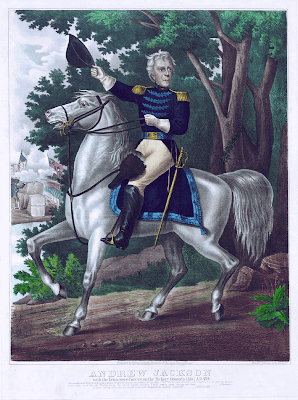 Virtually everything about progressive politics today is about liquidating the Jacksonian influence in American life. From immigration policy, touted as ending the era when American whites were the population of the United States, to gun policy and to regulatory policy, President Obama and his coalition aim to crush what Jacksonians love, empower what they fear, and exalt what they hate.

Jacksonian America is many things; well organized isn’t one of them. Jacksonians are found in both political parties; most are habitually indifferent to national politics, seeing all politicians as equally corrupt, equally useless. Other than the NRA, there are not many national organizations organized around the promotion of a Jacksonian agenda. In the world of think tanks and elite media, the Jacksonian voice is seldom heard and never heeded.

It is hard for Jacksonians to mobilize politically. Neither party really embraces a Jacksonian agenda. Combining a suspicion of Wall Street, a hatred of the cultural left, a love of middle class entitlement programs, and a fear of free trade, Jacksonian America has problems with both Republican and Democratic agendas. Any Jacksonian political movement will start as a party insurgency, and the Jacksonians will on the whole be less well funded, less experienced and less institutionally powerful than their party opponents. Jacksonians are neither liberal nor conservative in the ways that political elites use those terms; they are radically egalitarian, radically pro-middle class, radically patriotic, radically pro-Social Security. They are not, under normal circumstances, joiners in politics; they are individualists who organize in response to threats, and their individualism goes to their stands on what outsiders sometimes think are the social issues that unite them.

Many Jacksonians, for example, are not evangelicals and not even Christian at all. While some are strongly anti-abortion, others believe that individual freedom makes abortion nobody’s business but their own. Some stand strongly behind the drug war; many indulge in recreational drugs and some Jacksonians grow or manufacture them, much like the moonshiners who have been evading ‘revenuers’ since the Washington administration.

There’s another obstacle in the face of a Jacksonian rising: Jacksonians have been hard hit by the changes in the American economy. The secure working class wages that underpinned two generations of rising affluence for the white (and minority) industrial working class have disappeared. That isn’t just about money; the coherence of Jacksonian communities and family life has been seriously impaired. These are the points Charles Murray makes in his harrowing Coming Apart: The State of White America,1960-2010; they have been recently reinforced by studies documenting a holocaust of lower and lower middle class whites.

These devastating changes, utterly ignored by an upper middle class intellectual and cultural establishment that not so secretly hopes for a demographic change in America that will finally marginalize uncredentialed white people once and for all, make Jacksonians angry and frustrated, but they also make it harder to develop an organized political strategy in response to some of the worst and most dangerous conditions faced by any major American demographic group today. Strong in numbers (though not a majority), awakening to a new sense of anger and endangerment, Jacksonians are still groping for a movement and a program.

What we are seeing in American politics today is a Jacksonian surge. It is not yet a revolution on the scale of Old Hickory’s movement that transformed American politics for a generation. Such a revolution may not be possible in today’s America, and in any case the current wave of Jacksonian activism and consciousness is still in an early and somewhat incoherent phase. In the past, moderate leaders on the center left and center right alike have found ways to capture Jacksonian energy. FDR was able to steal the demagogic energy of Huey Long; Richard Nixon marginalized George Wallace even as he responded to some of Wallace’s concerns about bussing and crime. (He did not, however, give way to Wallace on the core issue of racial equality.)

Donald Trump, for now, is serving as a kind of blank screen on which Jacksonians project their hopes. Proposing himself as a strong leader who “gets” America but is above party, Trump appeals to Jacksonian ideas about leadership. Trump’s Jacksonian appeal has left the Republican Party in deep disarray, demonstrating the gulf between contemporary conservative ideology and Jacksonian nationalism. Indeed, one of the reasons that Trump hasn’t been hurt by attacks that highlight his lack of long term commitment to the boilerplate conservative agenda (either in the social or economic conservative variant) is that Jacksonian voters are less dogmatic and less conservative than some of their would-be political representatives care to acknowledge. Jacksonians like Social Security and Medicare much more than most Republican intellectuals, and they like immigration and free trade much less.

Whatever happens to the Trump candidacy, it now seems clear that Jacksonian America is rousing itself to fight for its identity, its culture and its primacy in a country that it believes it should own. Its cultural values have been traduced, its economic interests disregarded, and its future as the center of gravity of American political life is under attack. Overseas, it sees traditional rivals like Russia, China, North Korea and Iran making headway against a President that it distrusts; more troubling still, in ISIS and jihadi terror it sees the rapid spread of a movement aiming at the mass murder of Americans. Jacksonian America has lost all confidence in the will or the ability of the political establishment to fight the threats it sees abroad and at home. It wants what it has always wanted: to take its future into its own hands.

The biggest story in American politics today is this: Andrew Jackson is mad as hell, and he’s not going to take it anymore.