The ASA: Where Foolishness and Ignorance Collide. By Walter Russell Mead. 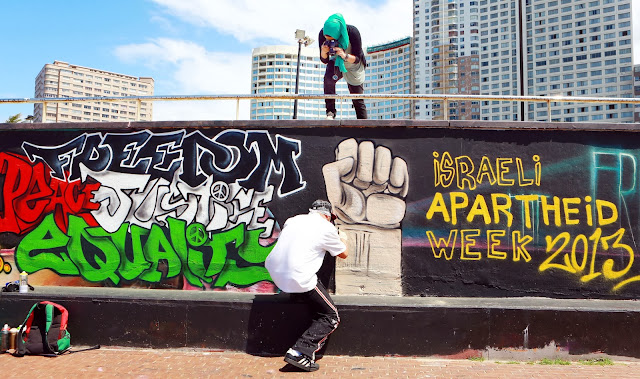 The ASA: Where Foolishness and Ignorance Collide. By Walter Russell Mead. The American Interest, December 17, 2013.

Anti-Semitism is not absent from the BDS movement. But there’s a lot more going on here than mere bigotry.

The American Studies Association, a group of nearly 5,000 professors of the subject, has voted by a large margin to boycott all Israeli institutions of higher education, the New York Times reports. The path of the Boycott, Divest and Sanctions movement (BDS) is not exactly paved with significant victories, but the ASA, which apparently prides itself on its deep understanding of academic freedom and the details of international law, is very confident of its resolution’s importance:

“The resolution is in solidarity with scholars and students deprived of their academic freedom, and it aspires to enlarge that freedom for all, including Palestinians,” the American Studies Association said in a statement released Monday.
The statement cited “Israel’s violations of international law and U.N. resolutions; the documented impact of the Israeli occupation on Palestinian scholars and students; the extent to which Israeli institutions of higher education are a party to state policies that violate human rights,” and other factors.

Interestingly, in a more-Catholic-than-the-Pope development, the ASA’s position on Israel is well to the left of that of the Palestinian Authority. The guild of scholars so sensitive and attuned to the goings-on in Palestinian life apparently missed Palestinian Authority President Mahmoud Abbas’s desperate entreaty to BDS groups to stop boycotting Israel. The Times of Israel reported Friday:

“No, we do not support the boycott of Israel,” the Palestinian leader told a group of South African reporters on Monday. “But we ask everyone to boycott the products of the settlements. Because the settlements are in our territories. It is illegal. […]
“But we do not ask anyone to boycott Israel itself,” he reiterated. “We have relations with Israel, we have mutual recognition of Israel.”

“But to the degree that the Israeli-Palestinian conflict has come to serve as a symbolic stand-in for colonialism and resistance to it, across the developing world and on trendy western campuses, there’s a sincerely felt if often poorly reasoned sense that to pass anti-Israel resolutions today is like passing anti-apartheid resolutions a generation ago.”
That’s probably the core, if there is any. But is that not antisemitism? When Israelis are compared to European settlers in Africa, the subtext is really “you don't belong here,” which is exactly what Arabs tell us in private conversation when they’re sincere. After all, some African dictatorships were a lot worse in objective terms than the old SA, but still it attracted more odium because it was perceived in some way as not belonging,
However, Jews heard this “you don’t belong” not only from Palestinian Arabs. They heard it throughout their history from more or less everyone. Our history is not one of imperial expansion. It’s one of subservience and persecution, and the constant allegation that we are strangers; that we do not relate organically and authentically to the environment, do not work on the land, are not attuned to the natural rhythm of the host countries, that our tongues do not easily roll their languages, that we follow alien gods that rule a different heaven than the one visible from the meadows of the Ukraine or the casba of Baghdad.
So where the political narcissists see a guerilla fighter, we see a Cossack. Where they see Nelson Mandela, we see Adolph Hitler. They think they’re liberators, we think that they are – essentially – bigots who repeat every slander and lie that was hauled at us.

The Arab Crisis. By Martin Kramer.

60 Mintues: The Coptic Christians of Egypt. By Bob Simon.

Posted by Michael Kaplan at 5:48 PM