Educated Mainstream: The Bastion of Western Anti-Semitism. By Evelyn Gordon.

Many in China Can Now Have a Second Child, but Say No. By Dan Levin.

It’s all part of a pattern for these Propagandists with Ph.D’s.
Whether they are making false accusations that Israel is an “Apartheid State” or accusing Israel of “Ethnic Cleansing,” they use epithets in place of reason, and as a mask for their own hate.

Propagandists with Ph.D’s: Month One of the anti-Israel academic boycott. By William A. Jacobson. Legal Insurrection, January 16, 2014.

The broad spectrum of mainstream Americans — from liberal to conservative — have nothing in common with this radical fringe.

It has been one month since the American Studies Association announced that its membership — or at least the small percentage who bothered to vote — approved an academic boycott of Israel.
We have had great success rallying opposition, but even this first month teaches us some important lessons.
The ASA has peddled the line that it only boycotts Israeli institutions and a select few Israeli academic representatives. As if that were not bad enough.
In truth, the Resolution approving the boycott agrees to the Palestinian demand, born at the anti-Semitic 2001 Durban NGO conference, for a complete academic and cultural boycott of Israel. The non-binding ASA guidelines purporting to scale back the actual ASA Resolution were just window dressing added late in the process to make the boycott seem less pernicious.
Boycotting institutions is boycotting the individuals who work at those institutions — as the emerging boycott of an “Oral History” conference at Hebrew University demonstrates. University presidents — over 200 at this point — were wise to view the boycott as a threat to education and to academic freedom.
The pushback from a wide segment of American civil and political society has been breathtaking for so short a period of time. Beyond expectations.
But don’t become complacent. You really need to understand who is behind this movement.
Researching the numerous articles I have written this past month has been an eye-opener — and that from someone whose eyes were already wide open as to the nature of the Boycott, Divest and Sanction movement.  The hatred of Israel among the academic boycotters is beyond anything you can imagine.
The hatred of Israel is visceral, and beyond reason. Everything good about Israel is turned into a negative.
These academics hold “Homonationalism and Pinkwashing” conferences to denounce Israel for making known that it treats its LGBT citizens fairly and humanely, unlike most countries in the world. Yet the Pinkwashing anti-Israel movement is led by LGBT and “Queer” (their word) activists who would be persecuted or worse anywhere in the Middle East other than Israel. You will hear next to nothing from them about how gays in Palestinian controlled areas are abused and flee … to Israel for protection.
There is nothing good that Israel can do in their eyes. The existence of Israel is their problem, not where borders are drawn.
As I have learned more about these academic boycotters, it is obvious that Israel is just the object of a deep-seated anti-Western anger expressed as “anti-Colonial” or “post-Colonial” or solidarity with “indigenous peoples.” Of course, they deny the Jewish people, whose indigenous presence for millennia in the land of Israel is beyond historical doubt, any indigenous status.
Indeed, you can add to “Pinkwashing” other conferences on “Redwashing” — the supposed injustice of Israeli Jews expressing solidarity with other indigenous peoples. [Added – See this article at Indian Country Today taking the ASA boycotters to task, Don’t Mix Indigenous Fight With Palestinian Rights.]
It should not surprise you that two of the Brown University professors (here and here) supporting the shout-down protest against Ray Kelly also were anti-Israel BDS supporters.
The connection between the radical left (I’m not talking about mere “liberals”) and the BDS movement is deep and feeds off each other.   That is why you will often find avowed international socialist groups teaming up with BDS on campuses, along with Islamists.
Just read the excellent Forbes article by Richard Behar about the people on the National Council of ASA, including its incoming President from NYU.  It would be a parody of what some segments of academia have become, except that no parody is needed, just the facts.
Victor Davis Hanson correctly puts it in context:

Nazis and racists used to spearhead Jewish hatred using ancient crackpot defamations that date back to the Jewish diaspora into Europe after the Roman destruction of Judea. But lately, anti-Semitism has become more a left-wing pathology. It is driven by the cheap multicultural trashing of the West. Jewish people here and abroad have become convenient targets for those angry with supposedly undeserved Western success and privilege.

The academics behind the boycott do not represent all or even a majority of academia.  If anything, the ASA boycott will spur even greater cooperation among American and Israeli academic institutions, both because it makes educational sense and because all well-meaning academics know what is at stake.
Yet how to deal with the ideology of Israeli hatred that has captured the ASA and some university departments in the humanities and social sciences around the country?
The boycotters are crowing about the great ASA victory.  But in fact the ASA victory has revealed that the boycott movement in the U.S. is isolated, unlike in Europe, with few real successes.   It needs to be kept that way; we have avoided the European disease in the past, and we need to as to the BDS movement.
But success is not a given.
These propagandists with Ph.D’s see themselves as just a few retirements away from true departmental power.  And they are not completely wrong.  American civil society was asleep for a generation as parts of the humanities and social sciences were turned into nothing more than outposts for anti-Western political activism, most prominently manifesting itself as anti-Israeli BDS agitation.
Pushing back, as we have this past month, is necessary, although not sufficient.
Among other things, it is important to educate the American public as to who is behind this movement and what they truly represent.  All you have to do is quote them.  Their own words are the most damning evidence.


The broad spectrum of mainstream Americans — from liberal to conservative – have nothing in common with this radical fringe.  Their takeover of the ASA does not change that reality.
In addition to education, it is important too that universities, businesses and municipalities apply their non-discrimination rules and laws to anti-Israel boycott groups, as they would to any other groups.
The University of Texas – Austin would not dream of sponsoring and hosting a conference that excluded academics from Arab universities, yet UT-Austin is sponsoring a conference for an academic boycott group this spring at which Israeli academics would be excluded under the boycott.
Hotels would not dream of hosting a conference that excluded people based on national origin, as that would violate public accommodation and discrimination laws, yet that that will happen at the ASA 2014 conference at the Westin Bonaventure in Los Angeles next fall if the ASA boycott rules are enforced.
And so on, and so on.
We must insist that ASA and other boycott groups be treated like any other groups engaged in similar conduct — not singled out they way ASA singles out Israel.
All we will ask is that the rules and laws be applied equally to anti-Israel boycott groups.  That is why I filed a challenge to ASA’s tax-exempt status under the law of charities and the facts of the boycott. ASA’s response was to do what it consistently has done, play victim, characterizing it as “legal bullying.”
But there is nothing bullying about equal application of the law.  There is no legal privilege for BDS boycotters.
You will be hearing more about that in the coming months here.
At the same time, reacting to ASA and other boycotters is not the ultimate solution, just the remedy for the current manifestation of the disease.
There is a positive case to be made for Israel, and it needs to be made better and not defensively.  When some members of the Modern Language Association stood tall and defended Israel in person and with facts, it made a difference.
Larger, more organized groups need to engage in vigorous educational efforts to counter the propaganda about “Israel Apartheid” and so on.  You cannot expect university professors to give a balanced presentation on the Middle East.
The propagandists with Ph.D’s have created a false narrative on campuses that needs to be countered based on the facts, which are on our side.
This needs to be a multi-year project.
It is doable and must be done. 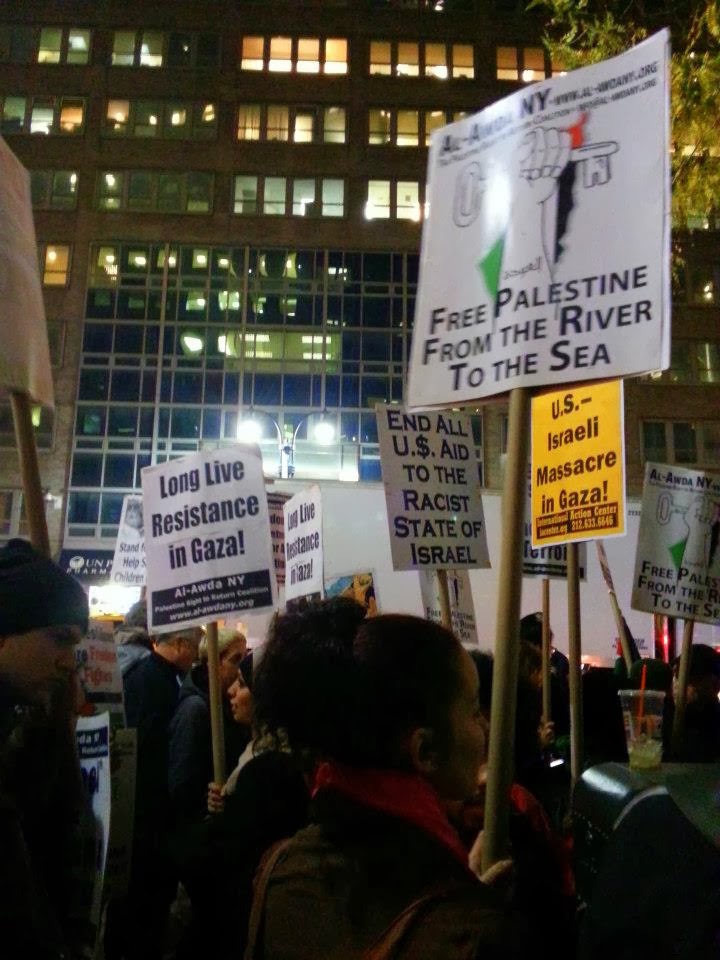 Posted by Michael Kaplan at 1:51 AM